The hamlet lies along the way to Lugo di Romagna, in the same green plain area in which the Guelph Roads were once connecting Bologna to the Adriatic Sea. These were passing through churches, castles and noble buildings and were exactly parallel to the Via Emilia road.
The fortress is a rare model of well preserved medieval “castrum”. The defensive structure, the moat and the surrounding wall are still clearly visible and the keep is reported by the experts to be one of the most remarkable examples of fortified building of the XV century in Italy.
The interiors include unique models of “bello stile cinquecentesco” (tr. fine art of the XV century) as the Renaissance central yard, the original wooden ceilings, the iron hooks of the drawbridge, the arcaded loggias, the water supply well and the spiral staircase made of 78 overlapping monoliths of sandstone. Caterina used to live here only occasionally. 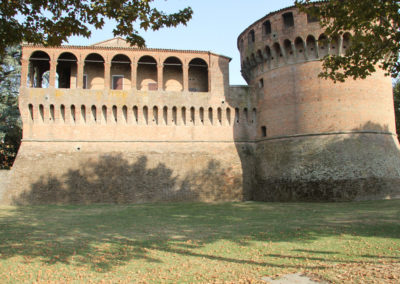 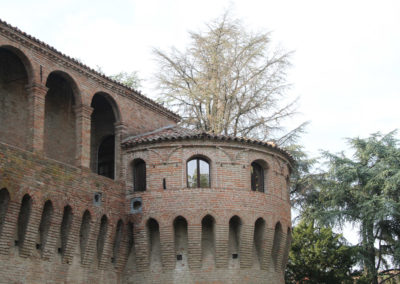 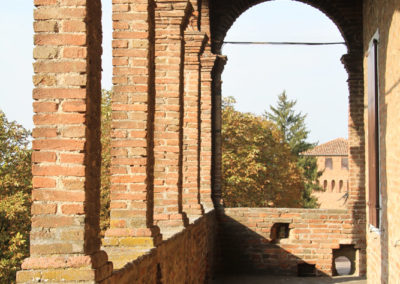