The fortress was built in the XIII century and is a wonderful example of both Medieval and Renaissance architecture.
During the age of the Sforzas it was adapted to the fire weapons defensive models and some new elements were added such as the gunners with Sforza’s coat of arms engravings and the circular corner keeps.
Caterina used to live here especially during the early times of her governement, she had built actually a small house called “Palazzetto del Paradiso” (tr. Heaven’s small building).
The fortress eventually became a prison and today the visitors can admire the Town Museums with a remarkable collection of fire weapons and ceramics. 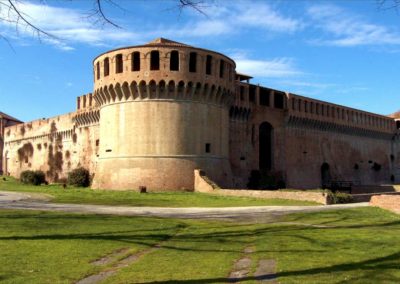 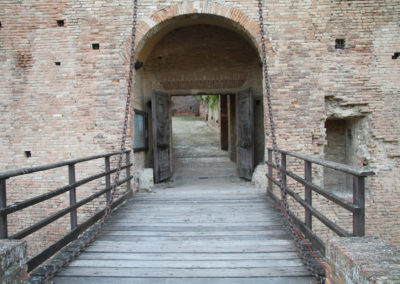 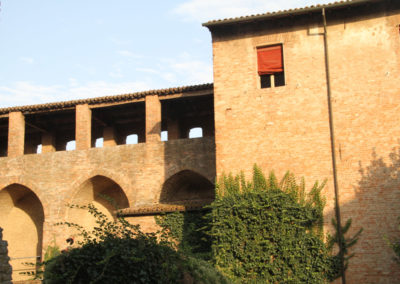