The fortress of Forlì is a real defensive citadel, as there were the headquarters of Caterina and Girolamo and their army.
After the destruction of the central Riario palace and Girolamos’s murder Caterina moved actually to Ravaldino with her children and court. She lived here for many years, caring about the vegetables and spices garden and here some of the most important events of her life took place. Also here as in Imola there was a Paradiso, a small building with her own private apartments. Today this is unfortunately lost.
On the eastern side of the fortress there is still Riario-Sforza’s coat of arms, set on the same point in which Cesare Borgia’s cannons broke down the wall during the battle of Forlì.
The fortress can be visited only in the external area. 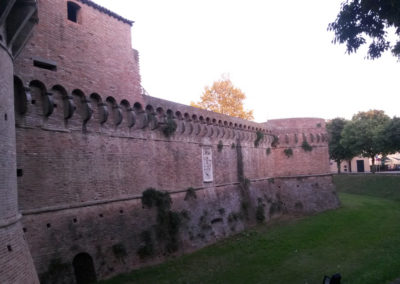 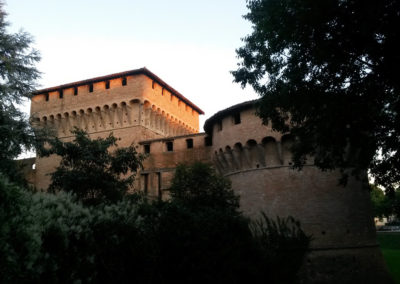 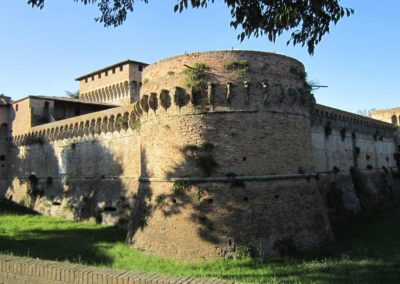